The Parovel family favors the cultivation of grape varieties of original Giulian -istro karst-  lineage respecting nature and following family practices. The grape varieties grown here are native  because they have been developed locally through a long process of natural hybridization or by spontaneous mutation. As with Refosco, Vitovska, Malvasia istriana, Sauvignon and Moscato Giallo may also be considered as belonging to Friuli Venezia Giulia. Each has its own personality that is fully integrated in the style of Parovel wines. 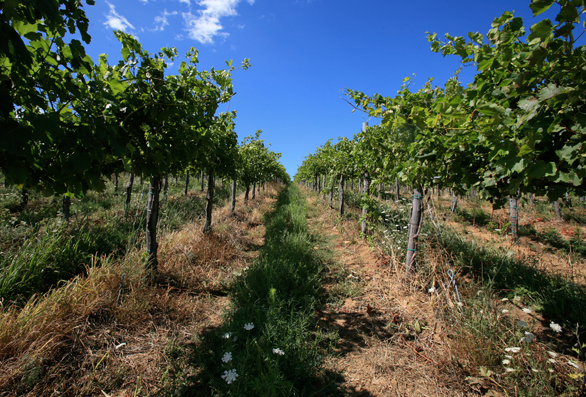 The Karst Vitovska, an indigenous grape grown between the Karst and the Capo d'Istria, naturally invites you to give in to the temptation of a second refreshing mineral-rich sip. Its style is crispy as a freshly peeled almond and merges with a pleasant flinty taste (near the flint and hydrocarbons in its evolution). Its aromas are very special and very different from the usual declension of floral aromas in white wines. Our Vitovska Barde evokes a cool white morning flower, like jasmine, as opposed to an evening one more intense and powerful one that is found in older red wines. The aromas are very close to the orange flower rather than violet and rose. In the list of floral scents it's hard to find the impression received during its tasting. The floral expression of our Vitovska Barde resembles a lot  the white flower of mature Magnolia,  delicate in the morning and powerful in the evening (and so pleasant to smell after a summer rain). Its expressions are close to the honey and elderflower and dissociate in this sense from the almost too shy and delicate jasmine of the morning more focused on the ripe fruit in its evolution.

The Parovel Vitovska ONAVÈ Barde is a pleasant and refreshing wine ready to be sipped on the terrace with friends. It is characterized by an open fragrant nose centered on white flowers along with a touch of chamomile and lime. The mouth is rigorous and well-defined with a freshness that makes it very drinkable. We like to pair it with a tempura cuttlefish. 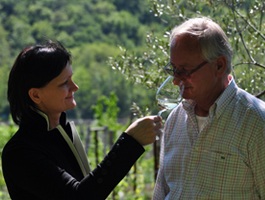 The Malvasia istriana is a term which outlines a number of varieties, so it is also appropriate to speak of "Malvasia wines". Some of them differ significantly from each other in terms of plant morphology, color, flavor and biochemical composition of the fruit, early ripening, productivity, and attitude for winemaking. The many vines called Malvasia have often just the name in common, derived from a Greek city of the Peloponnese, Monenbasia, Monemvasia or Monovasia, which means "single entry port", a term that because of it assonance with the Greek name was renamed by the Venetians " Malvasia ". Originally this name was used by the Venetians to indicate first the sweet wines and spirits from the eastern Mediterranean and later the Venice venues in which their trade took place. There are references to Istrian Malvasia that date back to 1300.

The Parovel Malvasia PÔJE Barde is a fruity white wine with great personality that shows a good aging potential. The nose is fragrant and opens with white fruits and fresh herbs and evolves into ripe exotic fruits (lychee, mango), sweet spices (cardamom, vanilla) over the years, in addition to delicate hints of candied lemon and ripe mimosa. The mouth is generally fresh and inviting, with a nice combined saltiness with flavors of ripe citrus and a spicy final hint. It is definitely a table wine to pair with a fine fish or half-matured cheese.

And even in the Karst region, home of the Parovel family, the Refosco dal Peduncolo rosso -with red stalks is grown. The name Refosco (Refosc in the Friulian language) probably derives from Rap fosc i.e. dark grapes. The oldest document that witnesses the presence of a Refosco dates back to 1452 where it was genuinely referred to Refosco "maduro", a Refosco made from grapes left to dry before vinification. It was thus obtained a sweet, alcoholic, very fine wine or " fortified wine" , as high-quality wines were called in the eighteenth and nineteenth century. In addition to the sweet Refosco, a dry Refosco was also produced i.e. with no no sugar but just as fine. Thanks to its unique features, Refosco managed to stand out from the many Terrano wines intended as "local ", the result of a mixture of different grapes. 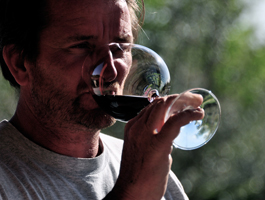 Refosco was also used as a blending wine to improve the quality of "ordinary negro" wines  for the daily meals. In 1800 there were many varieties that went under the name of Refosco thanks to the great prestige the wine enjoyed. So much so that even a grape from Hungary was baptized "Hungarian Refosco". The name Refosco emerged in Udine only in 1863 when a "Grapes Fair" was held. Before this date it probably hid behind the name of Refoschino, the name by which it is still known by in some towns in Friuli. In the years 1960-1970 the Refosco grape had almost disappeared and was deemed unworthy for its characteristics of being little productive and late in bearing fruits. Fortunately today the Refosco is part of the excellence of the wine region.

The Parovel Refosco IMÀ Barde is a wine that reveals a spicy nose centered on wild black fruit (blackberry). In the mouth the freshness dominates the well integrated vein of tannins terminating with a nice clean finish. It's definitely a local wine to serve with traditional dishes.

Finally there are the decidedly fresh red still wine the Parovel Terrano HODÌ Barde that aren't aged in wood and the Parovel sparkling spumante exta dry VISAVI' based on Malvasia istriana and Glera (the mother grape of Prosecco sparkling).