Legend has it that "in ancient time a castle stood on the plateau overlooking the valley inhabited by a beautiful princess named Rosandra. The fame of her beauty had reached every corner of the earth and the most distant realms' princes and knights came to ask for her hand. But Rosandra preferred to run and play along the paths of her valley. One day she met a young knight who had come to see her, and she fell in love. But since the handsome knight had to carry out a feat in a distant land, the two exchanged eternal love and the promise of marriage. Unfortunately, the ship that was to take him down there sank.. When she knew about of this sad ending Rosandra went mad from the pain and suffering,  so, the mercy of heaven turned her into stone. But those desperate tears still flow and  feed the stream that has taken her name."

The main feature of Karst landscape is that of not having a hydrographic surface network. The only real visible watercourse is located in the Val Rosandra -valley. The other short streams which can be found on our plateau disappear into the ground and then return to the surface after having completed a journey underground, creating a landscape that may seem in the eyes of anyone as a stony barren land full of potholes. The territory that we generically define Carso and that corresponds to the homonymous DOC wine area is actually divided into three areas: the Karst plateau in the strict sense (the Eocene limestone and red-clay zone), the sedimentary hills of marly (mixture of clay and limestone) arenaceous composition (where the Parovel company is located) and a Quaternary plain.

The marly sandstone area includes the hills of the Gulf of Trieste along the coast, those of the surroundings of Muggia and San Dorligo della Valle-Dolina and are certainly suitable for viticulture. In fact the zone benefits from a more temperate climate due to its proximity to the sea. For centuries the steepest and best exposed slopes were arranged in terraces built by dry-stone walls where the grapes were cultivated along with the olives.

The Parovel company was born in the hills of Rio Ospo where the production of wine has medieval  origins as far back as 1300 and has been a source of income and pride for the local farmers over the centuries. Thanks to the favorable location of the vineyards, the quality of the vines, the inherent fertility of the soil and the warm climate in the municipality of San Dorligo della Valle-Dolina, the wines have an excellent quality.

The grape varieties most present in this area are the savory Vitovska, the aromatic Malvasia istriana, the rare Glera (the mother grape of Prosecco), the tangy and colorful Terrano and the authentic Refosco dal Peduncolo Rosso -with the red stalks. 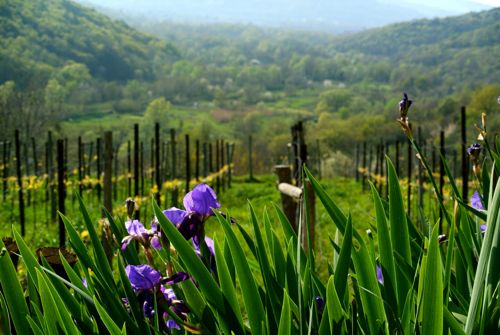 They are all native vines resulting from a millennium of care by the winemakers of this land not withstanding the inherent divided between self-preservation and love for confidential and hidden wines. Sure that even here, in this extreme northern area of Friuli and the wine area Carso DOC, each bottle unites the sea breeze, the wind force (locally known as the "Bora") with the stone if not with the mineral and fertile wealth of the land where the vine is cultivated.