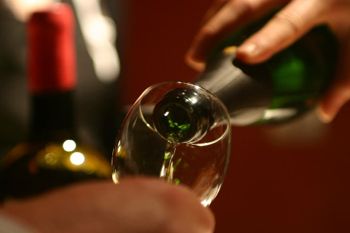 More wine and less beer, this is what the survey "Wine & Young People” sponsored by the Marche Region’s Institute of Wines Protection says on a sample of 1,500 Italians between 18 and 35 years, focused on the styles of eating and drinking among people under age 35, presented at the last edition of Vinitaly by the Marche Region.

We resume this interesting news to make the point on the consumption of wine in our country among young people, who seem to prefer especially the local wines and especially those bio. But how will they choose? The survey shows how the choice is dictated by direct experience or by reading specialized sites and related social pages such as WineNews that stands out as the most viewed portal. Gabriele Micozzi, Professor of International Marketing at the University “Politecnica delle Marche”, detects «that wine is the symbol par excellence of conviviality and of being together, the favorite drink in the evenings of young Italians, who consume it more willingly between aperitif (26%, dinner (59%) and with friends (58%). Almost 9 out of 10 consumers are under 35, and almost half (49%) claim to prefer it to beer (34%), cocktails (14%) and spirits (3%), with a growing satisfaction with the progress of age. Not by chance 55% of those over 25 rated it as the most popular drink, although already in the range 18-25 wine wins 43% of the sample, compared to 38% beer and 17% of the spirits. According to data reported by the survey commissioned by the Marche Region’s Institute of Wines Protection, more than a third drink it at least 3 times a week (38%), maintaining measured daily consumption, and only in 13% of cases with more than two glasses per meal.» And abroad, what is the trend? According to a Goldman Sachs study, in the US 20 years ago 70% of Americans between 18 and 29 years said they preferred beer to wine and spirits, today the percentage in favor of beer has fallen to 40%. In contrast, in 20 years the percentage of those who prefer wine to beer has gone from 13 to 30% among the so-called "Millennials," people born in the Eighties and 2000. In the United Kingdom Wine Intelligence surveyed that 30% of Britons under 35 are willing to spend more than £ 8 a bottle of wine, which bodes well for the future wine market. 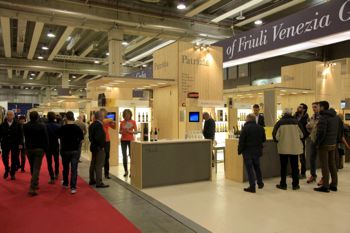 Returning to Italy, the favorite direct experience, which remains for the most part within the limits of moderation, it is the tastings to which young people are regular goers and are likely to repeat frequently. Among the most beloved the big red wines are on top of the preferences of young Italians, with the Brunello di Montalcino and Amarone della Valpolicella. In the category of sparkling wines Prosecco wins with a 5th place in the overall standings, while Verdicchio with its 7th position is the first still white wine in the standings. Gabriele Micozzi, curator of the research asserts «the future will be bright, young people today seek quality, know how to recognize it and challenge the wineries to find new ways to increase the value of their identity. The future will be those that can reinvent themselves, not by binding to fads but the authentic cultural and anthropological value of an area. The territories that will create better systems will seize these opportunities better».
The Friuli Venezia Giulia, you know, is the land of wine and in 2014 we recorded an increase in wine consumption from 69 to 71%, including the rise in women consumption. However, the data is comforting when we consider that most regular consumers of wine drink it in a responsible way, and especially in the age group between 25 and 44 years.
The meeting with Open Cellars is approaching and let’s remember that being able to enjoy a good glass of wine helps not to abuse its consumption.
Drink in a moderate and responsible way. The water is for the thirst, the wine for pleasure!