How will the olive vintage 2016 be? Throughout the national territory the fly returned to "pay a visit" to the olive groves and at national level there has been a decline in production, somewhere more massive, in other regions as our more limited. "The olive harvest begins this weekend in about 600 hectares of FVG, including 400 in full production and 200 new planting (expectations ranging between 10 and 15 years, well beyond the time of the vine, no more than three years). The Ersa, with precise control in its 35 local stations, informs on its website about the status of the plants weekly" (Source: Il Piccolo). 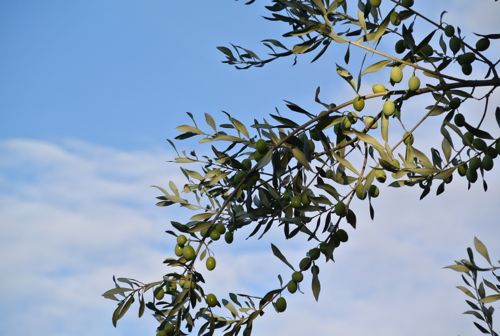 To introduce the large audience to the extra virgin olive oil made in Trieste  Parovel Oil Mill reopens in Zona Artigianale Dolina. The first varieties to be milled the are sweeter and more present on the national territory: leccino, maurino, leccio del corno and pendolino, then as we approach November the gathering will involve the native variety trees of bianchera. The maturation of the olive always depends on exposure as well as for all the fruits and on the territory of San Dorligo della Valle / Dolina we have the micro-zones characterized by its own microclimate, which contributes to early or late ripening. As always, the weather in the next few weeks will still affect the oily degree and the quality of the crop, but so far we can say that in Trieste the hot summer and the relative low humidity led to a production substantially in health. Even the stage of flowering/fruit developing set in June has enjoyed a fairly stable climate. The production situation will be fairly homogeneous in all Parovel olive groves, with a discreet ration pulp/kernel despite the oil fly that has unfortunately affected also our olive groves, where in order to stem the damage we practice integrated pest management.