Parovel: 120 years of history of one of the most important families in wines and evo oils trade on the Karst, among Trieste, Slovenia and Istria

In June, our winery in Bagnoli della Rosandra, the company's headquarters in the heart of the Val Rosandra-Dolina Glinščice naturalistic heritage, was the scene of important celebrations around the protagonists, the Elena and Euro Parovel siblings and their families. Five generations of one of the most industrious and well-known families in the agri-food sector of Friuli Venezia Giulia. 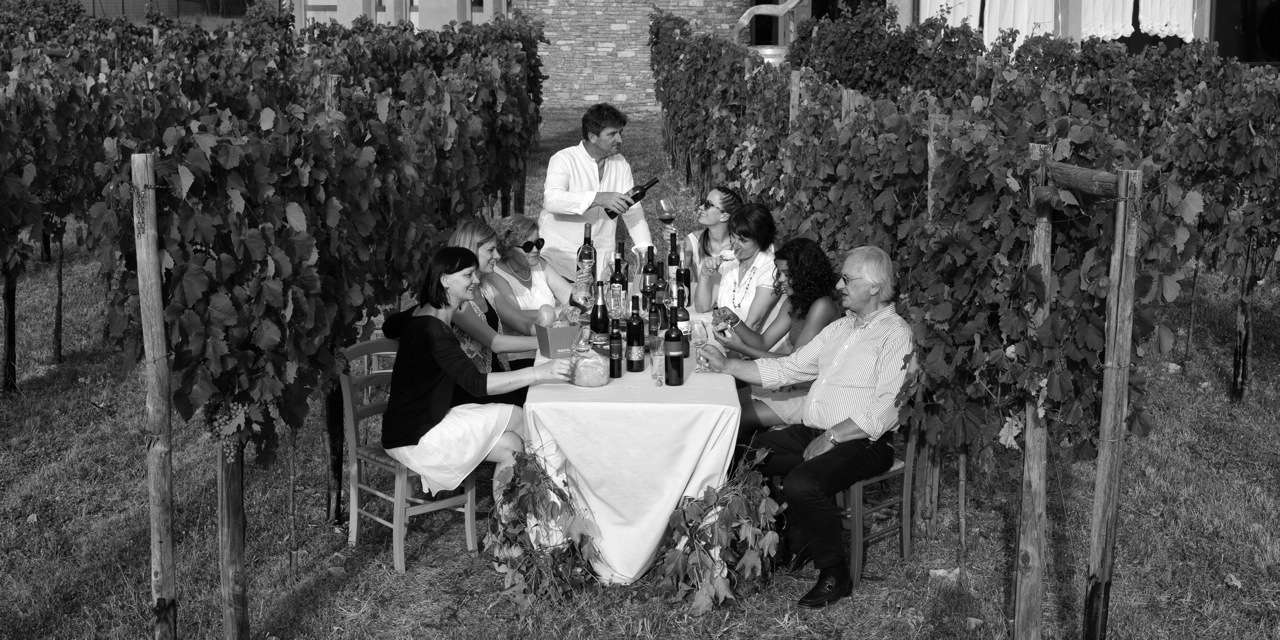 An old family of winemakers and olive growers with Slovenian roots, the Parovels have always stood out for their creative and innovative spirit that is revealed both on the land and in the bottle, in wine and extra virgin olive oil, excellent products exported and rewarded all over the world, particularly in the USA, China, Taiwan and Japan.

In 1898 Pietro Parovel began his activity together with his wife Ana and their six children starting from the small village of Caresana Mačkolje, part of the municipality of San Dorligo della Valle, in the province of Trieste; in Caresana, still the beating heart of the family, their hospitality activity in the typical "osmiza" began and continued in the '70s and is now hosted thrice a year in the beautiful winery of Bagnoli della Rosandra, inaugurated in 2004.

Today the company has 13 hectares of olive groves and 15 of vineyards on the border with Slovenia, entering the Istrian peninsula. Over the years, the steepest and best exposed slopes have been arranged in terraces formed with dry-stone walls where vine and olive trees have been cultivated for centuries thanks to the benefit of a temperate Mediterranean climate. The soils are of arenaceous-marly type, different from those of the karst plateau, where limestone and red earth reign, ideal both for viticulture and for olive growing. In the soils of this extreme eastern part of Italy, the Bianchera-Belica olive variety prospers, which Parovel produces with mastery alongside other cultivars and with which they have contributed to the definition of the quality regulation of the DOP TERGESTE oil since the very beginning 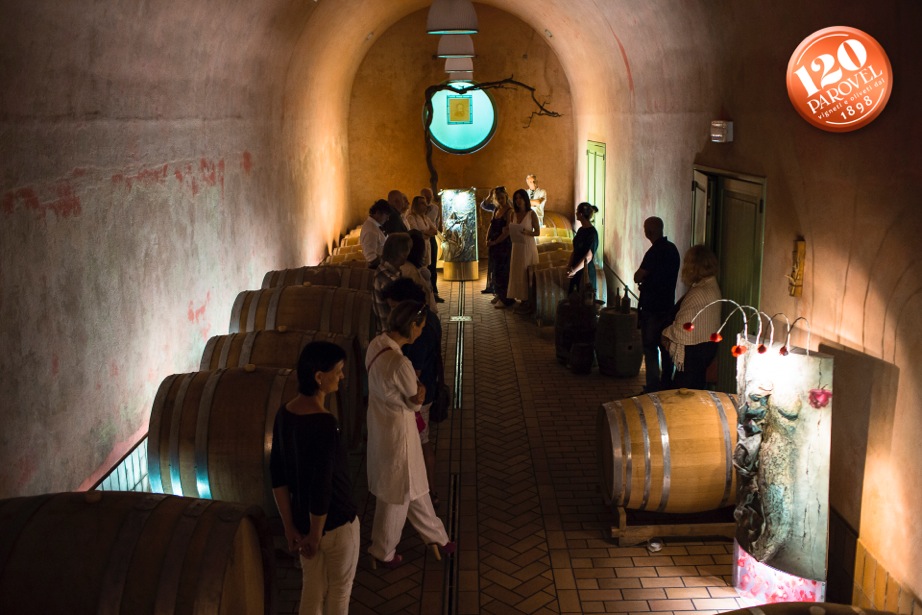 Vitovska and Terrano are the natural children of these lands, but the Parovel family has a special fondness for the Istrian Malvasia, a love that starts from afar and has found fertile ground in the passion of Zoran, father of Elena and Euro, for this grape variety, when it was not yet "trendy".
Zoran also had the merit and the commercial intuition, together with Danilo Lupinc winemaker of Prepotto, to be among the first to market the wines in the bottle on the Karst and in Trieste, focusing on an oenology that guaranteed cleanliness and quality, using concrete and then steel fermentations. A pioneering and innovative spirit, in 1996 the Parovel family also founded the first private oil mill in the province of Trieste in the nearby craft area of ​​Dolina, now home to all their olive oil production. 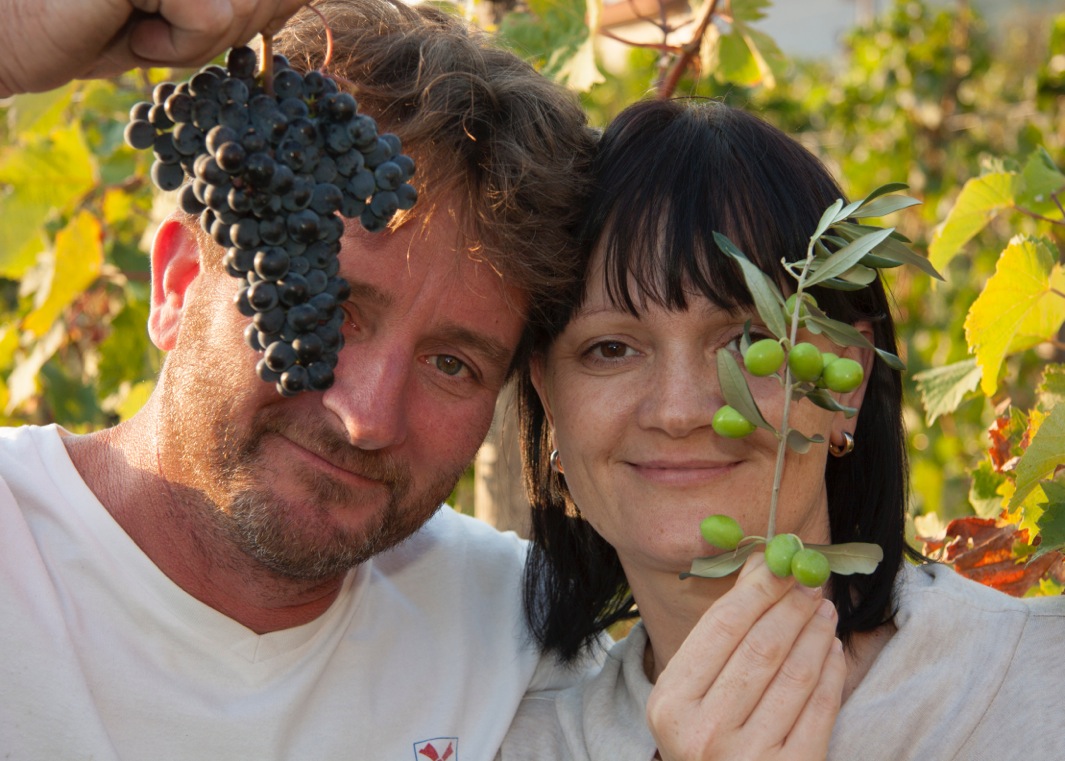 «My task - says Euro responsible for Parovel production - is to enhance the energy and the richness that the land gives to the olive tree as well as to the vine» while Elena, the company's sales and communication manager, stresses that «It's a success obtained with tenacity and work of the whole family, but we owe gratitude to many friendly people who have believed in us, supporting us decade after decade and to all those who in Italy and abroad have contributed to the diffusion of our products in a crescendo, year after year!". 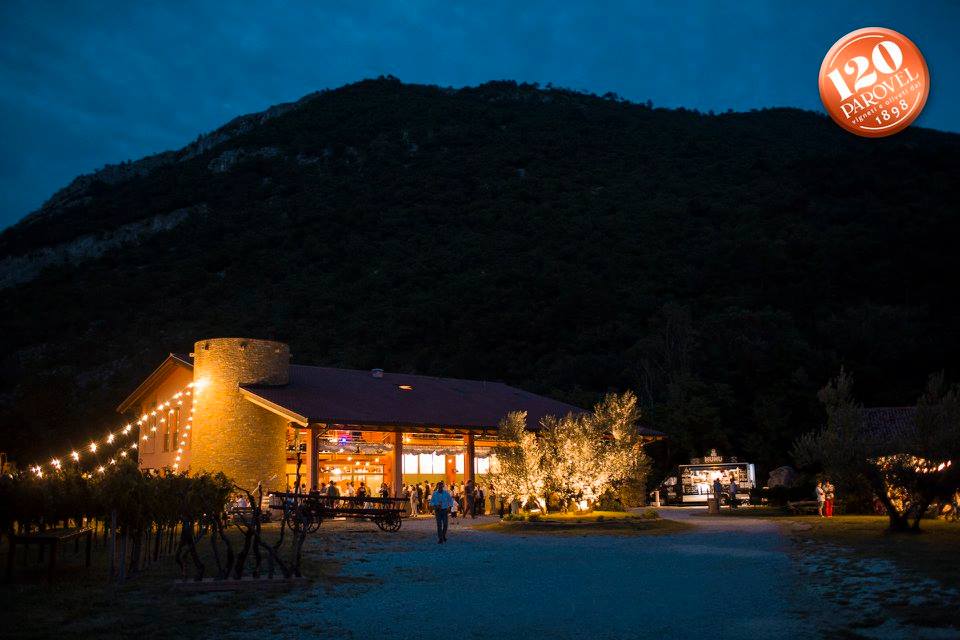 During the two-day event for the 120th anniversary of the Company, customers, friends, journalists and territorial authorities have been welcomed by the whole family. An important contribution in the realization of the program was given by Sara, daughter of Euro and Karmen and Martina who together with Evita, daughter of Elena, created 'Parovel: the fabric of the oil, the color of the wine' a sensory tasting with the conduction of the friend sommelier and taster Liliana Savioli, dedicated to the unusual combination of wine and oil with fabrics.

Most unforgettable moments were offered by the show 'RadioParovel' with the beloved actors of Trieste Alessandro Mizzi and Laura Bussani of 'Pupkin Kabarett' and the theatrical writing by Stefano Dongetti. The two actors wrote and interpreted the most significant moments of the life of the family and the Parovel company between joke and seriousness.

Precious also the artistic installation 'Princess Rosandra' created in the cellar by the Trieste sculptor Bianca di Jasio with works dedicated to the myth of the genesis of the river Rosandra, symbol of the land of the Parovels.

And it was the Rosandra stream that hosted during the event one of the most original tastings ever thought of before by a winery. Magic and regenerating, an unusual tasting of the beloved Istrian Malvasia took place there, a barefoot walk in the stream glass in hand for a natural and relaxing massage right in the place from which the valley and its lands were generated.

The details and the preparation of the event by the designer Sabina Bonfanti were much appreciated; the event was conceived with the collaboration of Aurora Endrici, event organizer who has been collaborating with the Karst territory for years. Important collaborations were those by Residence Bleu of Bagnoli della Rosandra, Trattoria al Pozzo di San Lorenzo, a historic and authentic traditional tavern located above the canyon of Val Rosandra, as well as by the first "ittiturismo d'Italia" Al Pescaturismo (Villaggio del Pescatore in Duino-Aurisina) and the bakery and ice cream shop Ota in Bagnoli della Rosandra. 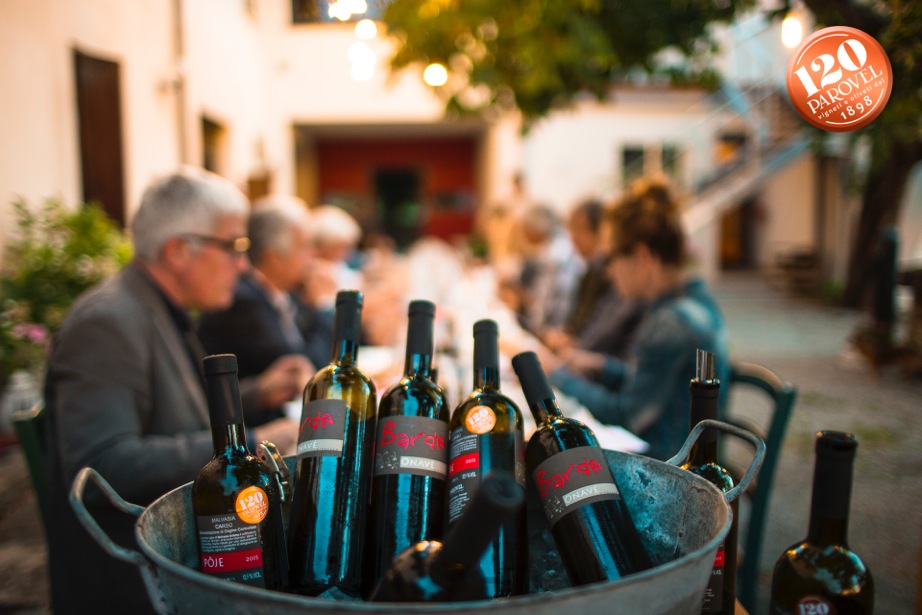