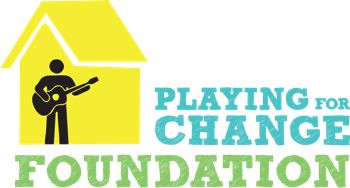 Saturday, September 19 the France Prešeren Town Theatre of San Dorligo della Valle - Dolina in Trieste will host the concert - world event "Playing for Change Day".
In 2005, producer Mark Johnson created the concept of Songs Around The World. The first song was launched a version of Stand By Me, filmed and recorded in 4 continents among in the Himalayan mountains, the South African townships, the streets of Barcelona and those of New Orleans. The video has been viewed over 100 million times. The success of Songs Around the World has helped to inspire and to get together a movement of musicians who spread a message of peace through music.
The event on 19 September organized on the occasion of the international "Playing for Change Day", supported by Parovel, wants to bring in Trieste the Playing for Change Foundation project that aims at creating a meeting point between various musicians who believe that music is a means of communication and fundamental training in children's lives, especially for those who suffer.
Being a project dedicated to children the Academy of Comics in Trieste and the Scuola di Musica 55, which will include children actively to make the Playing for Change Foundation known.
In particular the Academy of Comics offers an interesting free workshop for kids from 8 to 13 years. From 17.00 to 19.00 in the foyer of France Prešeren Theatre instructors from the academy will explain to the children the project "Playing for Change" through the art of comics.
The artists involved in the evening of September 19 at the France Prešeren Town Theatre of San Dorligo - Dolina (Ts) are:

The proceeds of the evening will be donated to charity.

Friday, September 4 opens in Trieste TYPOS 2015 - CONVIVIO, a sharing project in which graphics, typography, art, video, design, sound, writing and photography meet the cuisine of Michelin-starred chefs. All within five containers for a big, metaphorical table of creatives to make graphics more edible. Here's where the cultural association Typos - born in memory of Marco Stulle, graphic designer from Trieste - expected for this year.

"In 2015 there is much talk of food - explained Sara Stulle, president of the association - and, in our third edition of the exhibition TYPOS, we wanted to give it a thought, but interpreting the concept of food in our own way. So we asked eight chefs at the highest level to give us one of their recipes. At that point we asked 21 creative visionaries for a work of art, names of great value in the field, who have believed in our crazy project and have decided to share with us this adventure: eight graphics / illustrators, three designers, four photographers, two videomakers, a sound designer, a painter, a writer and a jewelry designer were matched to the chefs and have returned their personal vision of the recipe assigned. No limit to creativity, no rules. "