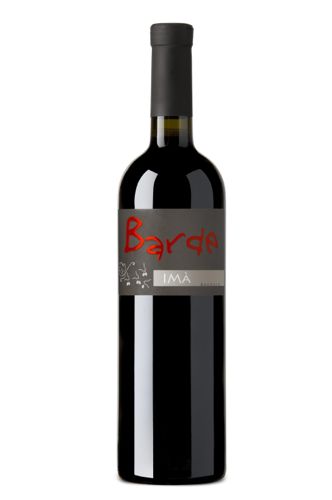 The name Refosco (Refosc in Friulian language) probably derives from Rap fosc ie dark grape. Of ancient origins in the Nineteenth century there were numerous varieties that went under the name Refosco thanks to great prestige the wine so called had. The Refosco dal Peduncolo Rosso once also known as Refoschino, is now part of the excellence of the wine-making of the region.

Ruby red, intense and balanced, it’s a wine that reveals a spicy nose centered on wild black fruit (blackberry). In the mouth, the freshness dominates the tannin vein well integrated that closes on a nice clean finish. It’s definitely a local wine to serve with the traditional dishes of meat and game, but also hard cheeses.

IMÀ derives its name from "on ima" and in Slovenian it means "he has” because our Refosco has taste, fullness and structure.

♥ IMA' Barde 2013 obtained the GOLDEN STAR of the guide Vini Buoni d'Italia 2022 assigned to wines of excellence for quality, pleasantness, drinkability and correspondence between wine-grape variety-territory.

WINEMAKING: The best grapes were harvested quite overripened and bunches were carefully selected one by one before destemming. A skin contact maceration at low temperatures for the extraction of sweet and soft tannins was carried out before fermentation. The wine carries out the fermentation and matured in part new, part one-year old French and American oak barrels for 10 months, and then for 6 months in bottle. The wine undergoes a full malolactic fermentation in barrique immediately after the alcoholic fermentation

NOSE: Intense and balanced with evident notes of thyme and rosemary with a light leather nuances

PALATE: Full-bodied, typical, elegant despite a light sourness due to the particular environmental conditions of the Carso region. Notes of Mediterranean spice and licorice, clearly mineral. Persistent and impressive length on the palate