ORANGE WINE: a phenomenon that develops between tradition and modernity 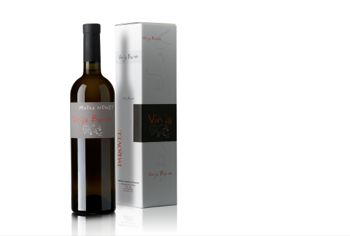 The idea of ​​producing an "orange wine" is very simple: it is making wine from white grapes in the same way as red grapes, favoring a more or less long contact between the skins and the must in fermentation. It’s defined maceration and it’s the skins that give color. In reality, this choice of production is very important because its modalities have a strong impact on the wine’s style. The length of maceration change the taste of wine as its color and you can still do it both in steel tanks and barriques or in amphora.
Undoubtedly the orange wine was born along with wine itself ie at the time of ancient Rome, where winemaking was all made ​​after a period of maceration of white grapes as black ones. It is not a coincidence that the term to designate them is English. The terminology "orange wine" was born in the States in 2008, but this is more of a re-discovery than anything else. In fact, the story begins in Italy in the 90s with the use of Georgian amphorae. Actually, this type of winemaking produces a lot of energy and finesse and brings out the freshness and structure (tannin) that some grapes such as Chardonnay and Pinot Grigio from the south are struggling to develop naturally.
At Parovel we produce an orange wine that is called Matos Nonet Barde which for his vintage 2008 has received this year a rating of 92 out of 100 by the precious guidebook Robert Parker's Wine Advocate.

It is a blend of 60% Istrian Malvasia, the grape that here reigns; 30% Sauvignon Blanc and 10% Sémillon, both coming from old vines. We wanted to create a wine in the style of the great French wines: it is fruity (Malvasia istriana), aromatic (Sauvignon blanc) and fresh (Sémillon). The grapes are macerated on the skins for a period of 8 days, the malolactic fermentation is made and it is followed by 8 months aging in French and Slavonia oak barrels. It can be described as a wine of deep golden color. The complex nose and a great personality is characterized by a mint, along with intense aromas of beeswax and dried fruit. The mouth is naturally evolved but remains strictly fresh with a nice flavor of almond cream and a finish of orange peel.

Like the orange wines Matos Nonet Barde Parovel should not be generally served too cold because it may become too hard and stiff. Better to be served as a red wine at a temperature of around 14-15 degrees and aerate it in time as it’s generally done for the material and great personality wines. In fact, the orange wines have a tendency to express themselves better with the increased intake of oxygen and we have observed during some of our tastings with the wine Matos Nonet Barde that thus it acquires a greater aromatic purity that in the case of Matos Nonet Barde is supported and extended by an evident and distinctive mineral vein. These wines are usually wines to pair with food. Their aromatic richness and depth allow you to create surprising combinations if not new emotions. You can well imagine the combinations that resemble the earth, the plant, autumn and spices such as mushrooms, root vegetables, stewed, preserved or slightly smoked meat..
Our ideal pairing with Matos Nonet Barde is rather ethnic and is duck a l’orange, but it’ll also pair with a simple dish of baked fish with citrus fruits or particularly tasty mature cheese. 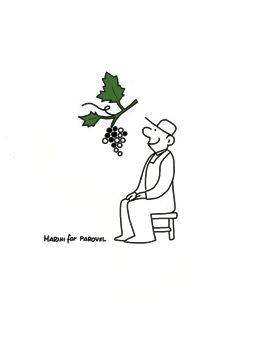 It's soon harvest time, but immediately afterwards in autumn we'll come back with new events to keep you company!

Parovel Oil Mill and Winery
info and booking +39 346 7590953 | This email address is being protected from spambots. You need JavaScript enabled to view it. 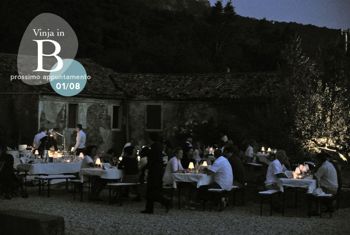 After the success of the first evening, Vinja in B becomes a fixture throughout the year.
The restaurant Al Bagatto by Roberto Marussi takes bag and baggage and moves to Parovel Winery in Bagnoli della Rosandra- Boljunec once a month, among vineyards, olive groves, barrels and installations designed for the occasion by Sabina Bonfanti | naanstudio. 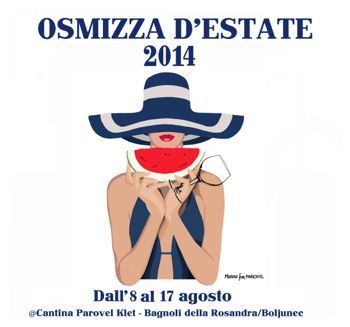 To refresh the minds in the hot days of August,
some evenings of the Osmiza will be dedicated to:

Sunday, August 10
LATIN SUNDAY AT THE OSMIZA
Enjoy the evening of the San Lorenzo with the company of Latin American warm notes from the 50s performed by instrumental group Siete Notas del Cha Cha

Friday, August 15
FERRAGOSTO PASIONAL
Persuasive and sensual atmosphere for the Mid-August Eve you do not expect. Come and visit us and you'll understand!

Saturday 16 and Sunday, August 17
VINCELTICA
The final two days of the Osmiza will be dedicated to the Celtic culture
in collaboration with the cultural association and amateur sports Liberi Briganti with historic encampment, archery contest and music with the bagpipes and drums of Siegel Senones.

The most pleasing adventures can happen when least expected. (Italo Svevo)
The Pupkin Kabarett returns on time just like remorse a year away with a
evening prepared specifically for healthy people who willingly stays in the cellar, together with a crackling Niente Band and particularly Balkan.

See you in the Winery! 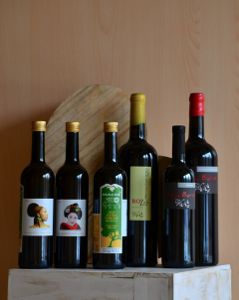 Food Taipei 2014 is one of Asia's most important trade fairs and takes place in the futuristic Taipei World Trade Center (TWTC) with exhibition area of 37,000 sqm.
The fair is offering unimaginable meals ready to eat, together with other semi-processed or fresh foods, bulk or packaged, such as native Taiwanese tea, sub-tropical fruits, fish reared using new technologies, vegetarian dishes and many styles of Cuisine. In this triumph of colors and shapes this year there is also Parovel to submit its own extra virgin olive oils Ul'ka, Rozo and Macké, particularly popular in Asia, and its line of local wines Vinja Barde.